Equilibrium distances for the capillary interaction between floating objects

In our last paper to appear in Soft Matter, we evidence the subtle capillary interactions between floating objects along liquid interfaces.

Imagine that particles (objects) are suspended to a liquid-air interface. Depending on the particle buoyancy, particle hydrophobicity and surface tension, the interface is slightly deformed around each floating particle, inducing a net force between them. The liquid elevation around a particle is captured by a vertical characteristic length, called the capillary charge. This charge can be negative or positive depending on the nature of the particle : a bubble implies a positive charge while solid objects have usually a negative charge. It is usually accepted that two capillary charges of the same sign attract each other, while repulsion is obtained with two opposite capillary charges.
In our paper, we show that the situation is more complex. We show that the capillary interaction depends also on the relative vertical positions of the floating objects. Asymmetric cases, like the one illustrated on the picture below leads to both attractive and repulsive components, revealed by a non-zero equilibrium distance. A model is proposed to rationalize all possible cases, and delicate experiments prove these effects. 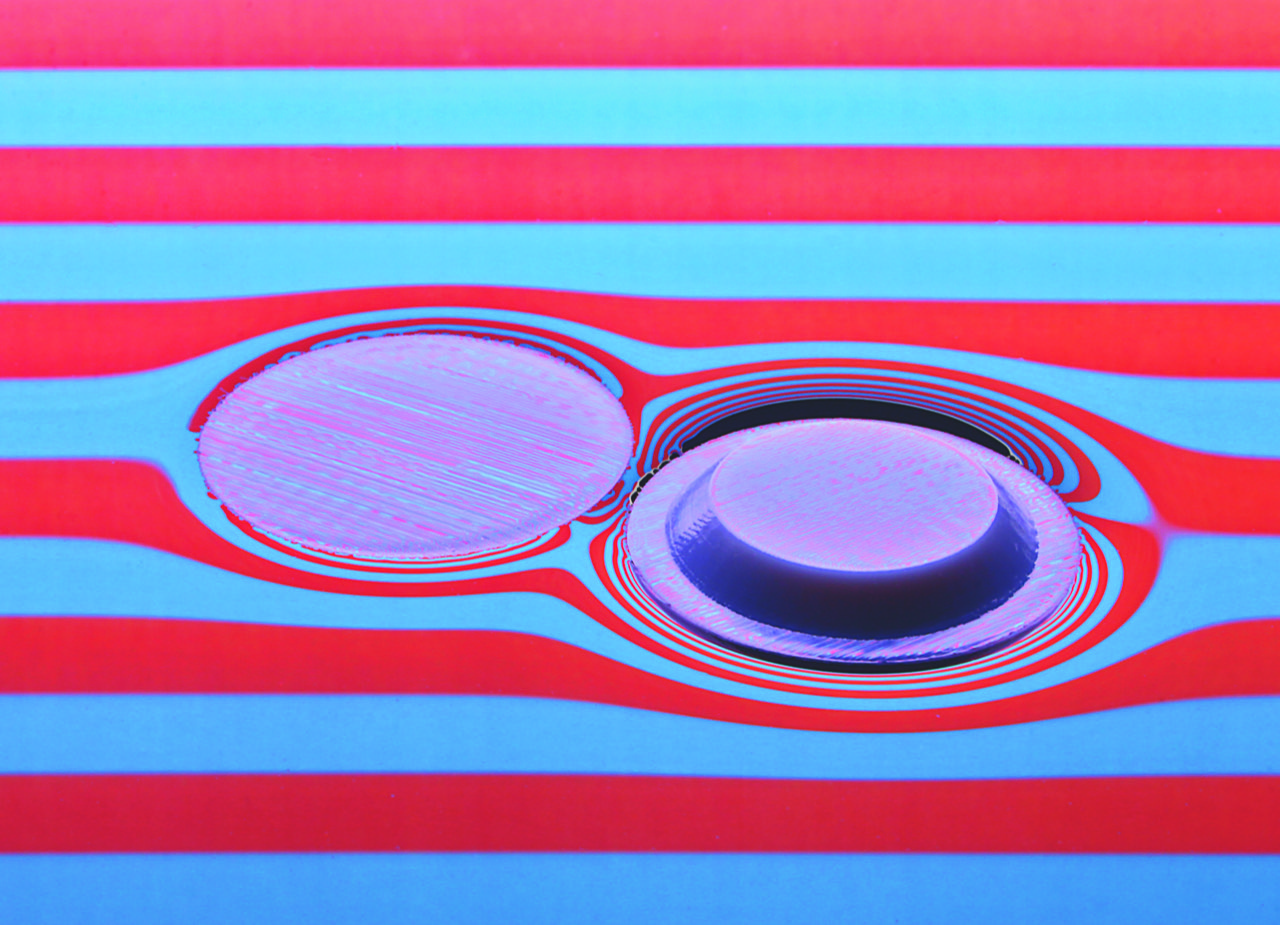 The picture (chosen for the back cover of Soft Matter) shows two floating disks at equilibrium. Color stripes are reflected on the liquid surface to emphasize meniscii. Because of their different weights, their capillary charges are different, even though they have the same negative sign. The charge difference leads to non-zero equilibrium distances.
M.Poty and N.Vandewalle, Equilibrium distances for the capillary interaction between floating objects, Soft Matter, in press (2021) DOI: 10.1039/d1sm00447f.
https://pubs.rsc.org/en/content/articlelanding/2021/sm/d1sm00447f#!divAbstract