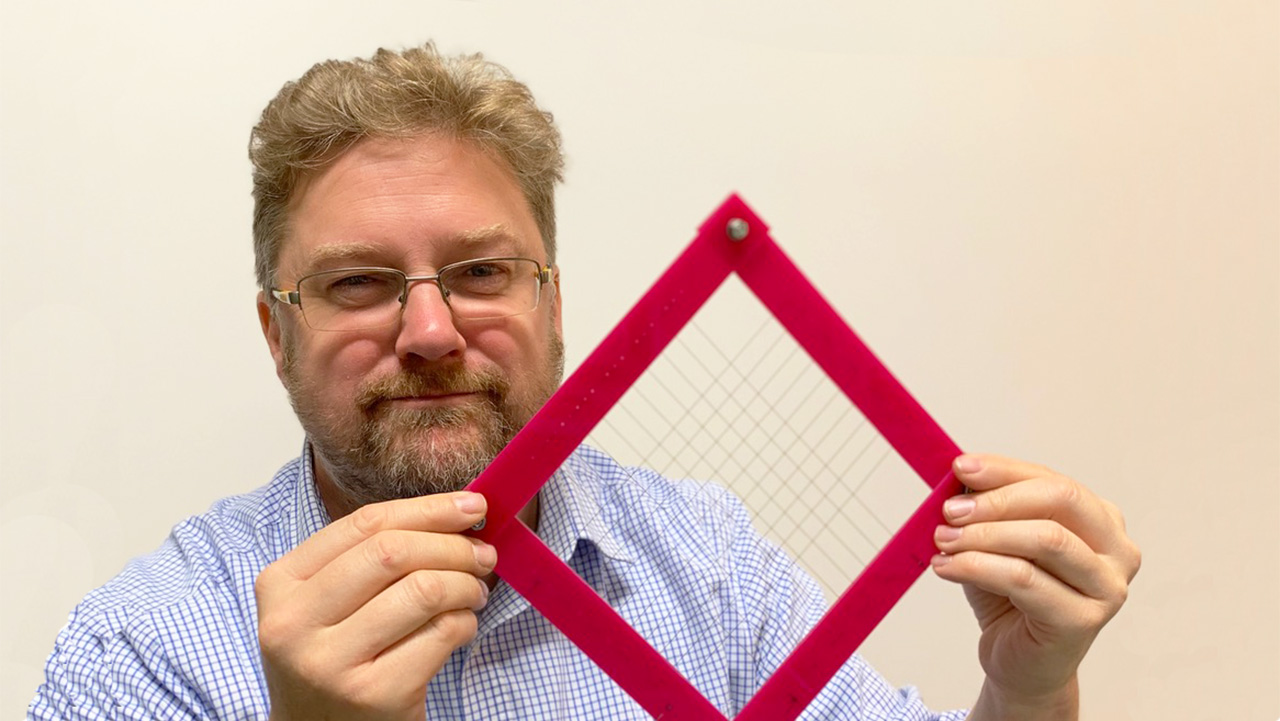 Prof. Vandewalle gave a plenary talk about « Droplets on fibers : from harvesting water to microfluidics applications » at the Fiber Society Spring Conference 2022 in Leuven on June 1st, 2022.

Inspired by large droplets that form at the tip of a leaf or on thin filaments, we studied how droplets are attached on fibers, how they glide on inclined fibers, and how they coalesce. Those processes on fibers can be viewed as basic microfluidic actions, such as transporting droplets, mixing tiny fluid amounts, and collecting the product of chemical reactions. On fiber arrays, geometrical features of both droplets and fibers are key ingredients since capillarity dominates the other physical forces. As a consequence, the angle formed between crossing fibers controls the volume of fluid remaining on intersections, the diameter of fiber regulates the droplet transport, and the design of the mesh improves the collection of fluid. One thinks of microfluidic applications, such as the monitoring of biochemical reactions (2) at the intersection of two optical fibers, whose angle must be perfectly controlled. But, if the geometry strongly influences the quantity of water captured by fibers, one can also imagine optimizing the collection of water by fog nets in arid regions by an adequate choice of mesh. In this talk, a complete review of these behaviors will be given in order to emphasize a broad range of future applications.

The PDF file of the slides is already available here.